Alepis flavida (Yellow Mistletoe) is easily differentiated from Peraxilla tetrapetala, (Red Mistletoe) and Peraxilla colensoi (Scarlet Mistletoe) by its smaller, yellow-orange flowers. It also tends to grow on branches further out from the host trunk, and its leaves have a faint red margin. Yellow mistletoe is the most host-specific mistletoe species in New Zealand, nearly always growing on mountain beech, Nothofagus solandri var. cliffortioides. 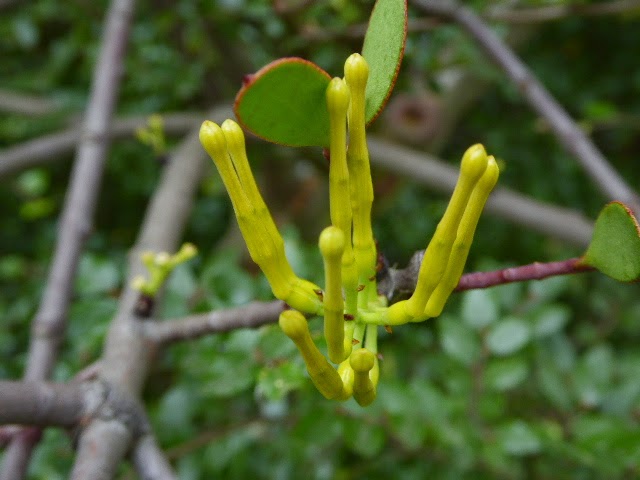 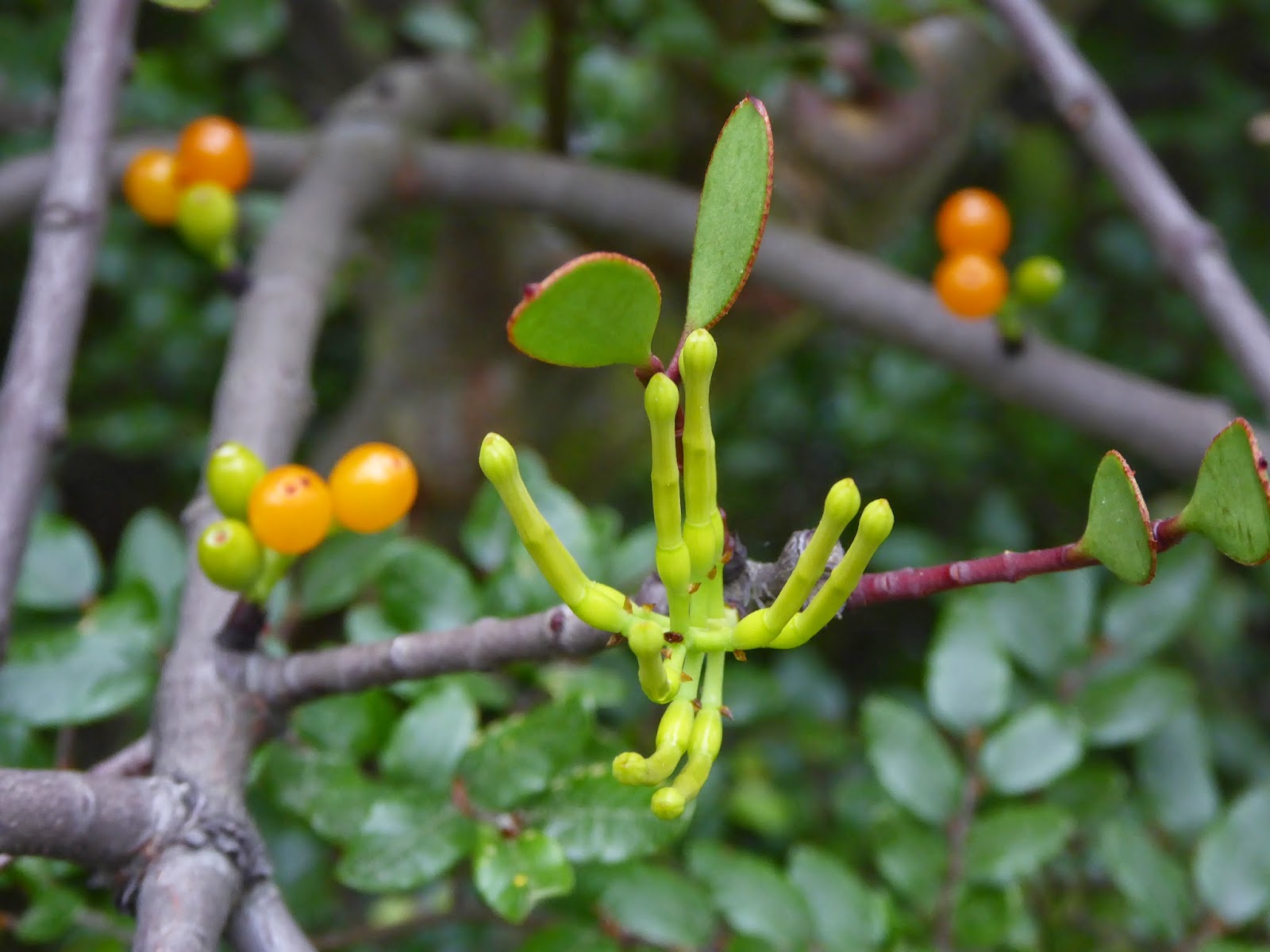 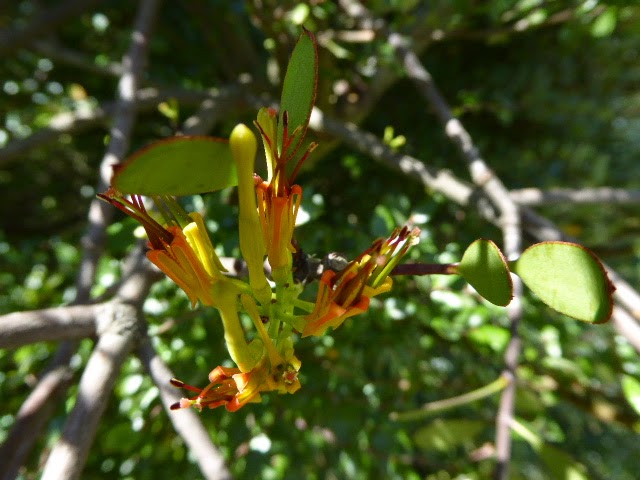 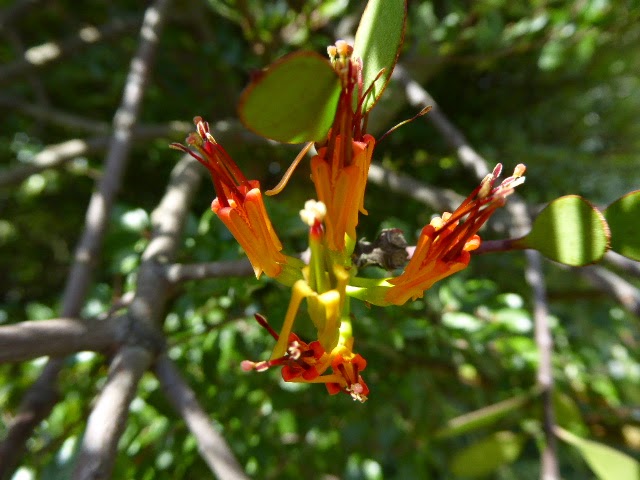 Canterbury beech forest contain some of the largest remaining populations of the endangered mistletoes Peraxilla tetrapetala and Alepis flavida in NZ. 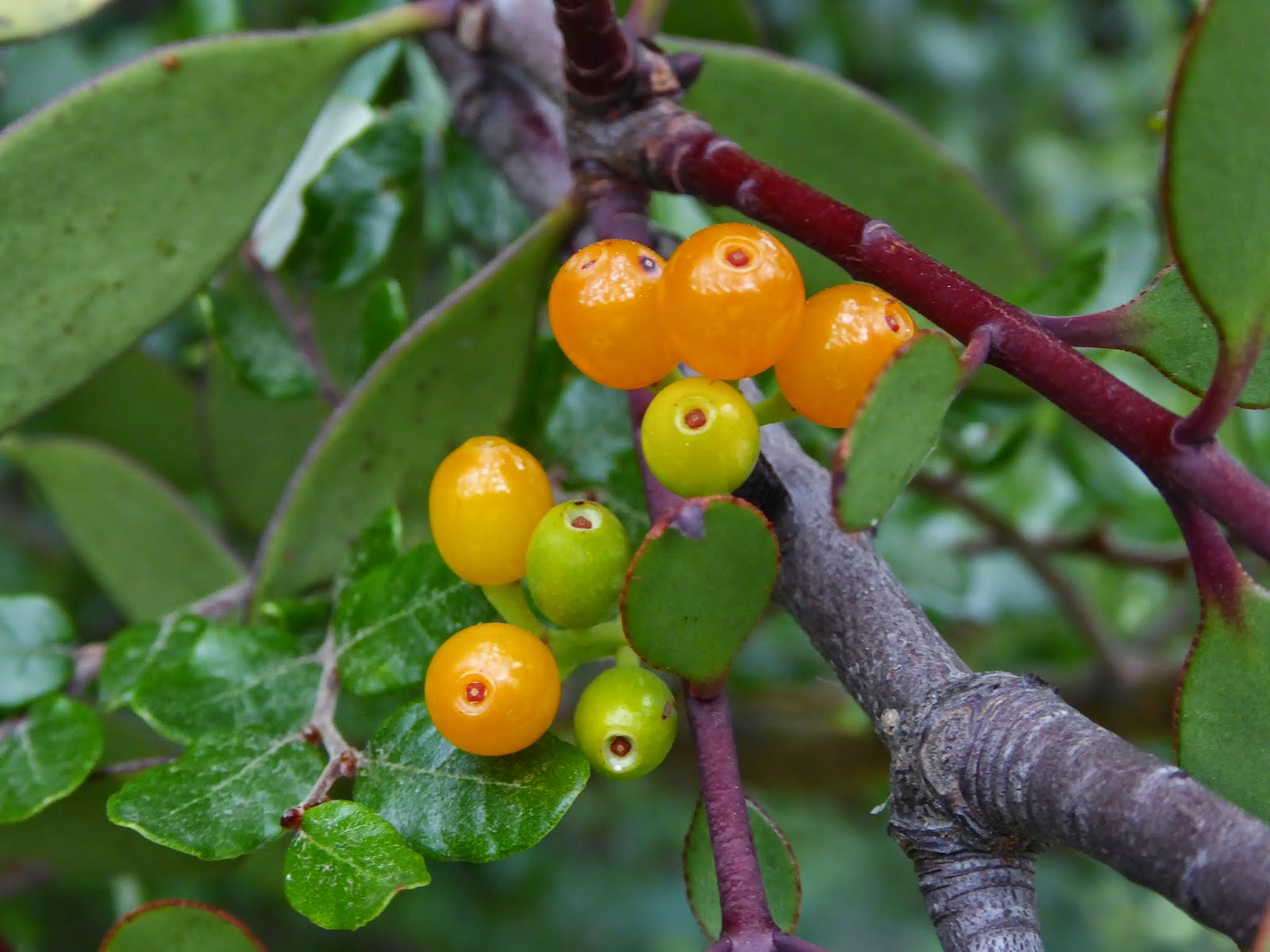 The Department of Conservation has discovered several new populations at various sites around Canterbury. DOC has undertaken a variety of protective works and reports that populations are on the rise again.

Dr Gerry McSweeny, owner of Wilderness Lodge, Arthurs Pass has experimented, over the last 10 years, to develop techniques to artificially place mistletoe seeds onto beech trees so the population will recover faster. This has been reasonably successful and last year he placed 500 seeds on beech trees.

Mistletoes are symbiotic parasites that live on beech trees. They are hemi-parasitic as they can produce food on their own through photosynthesis and use their special roots (haustoria) to hang onto trees and extract water and nutrients from their hosts. 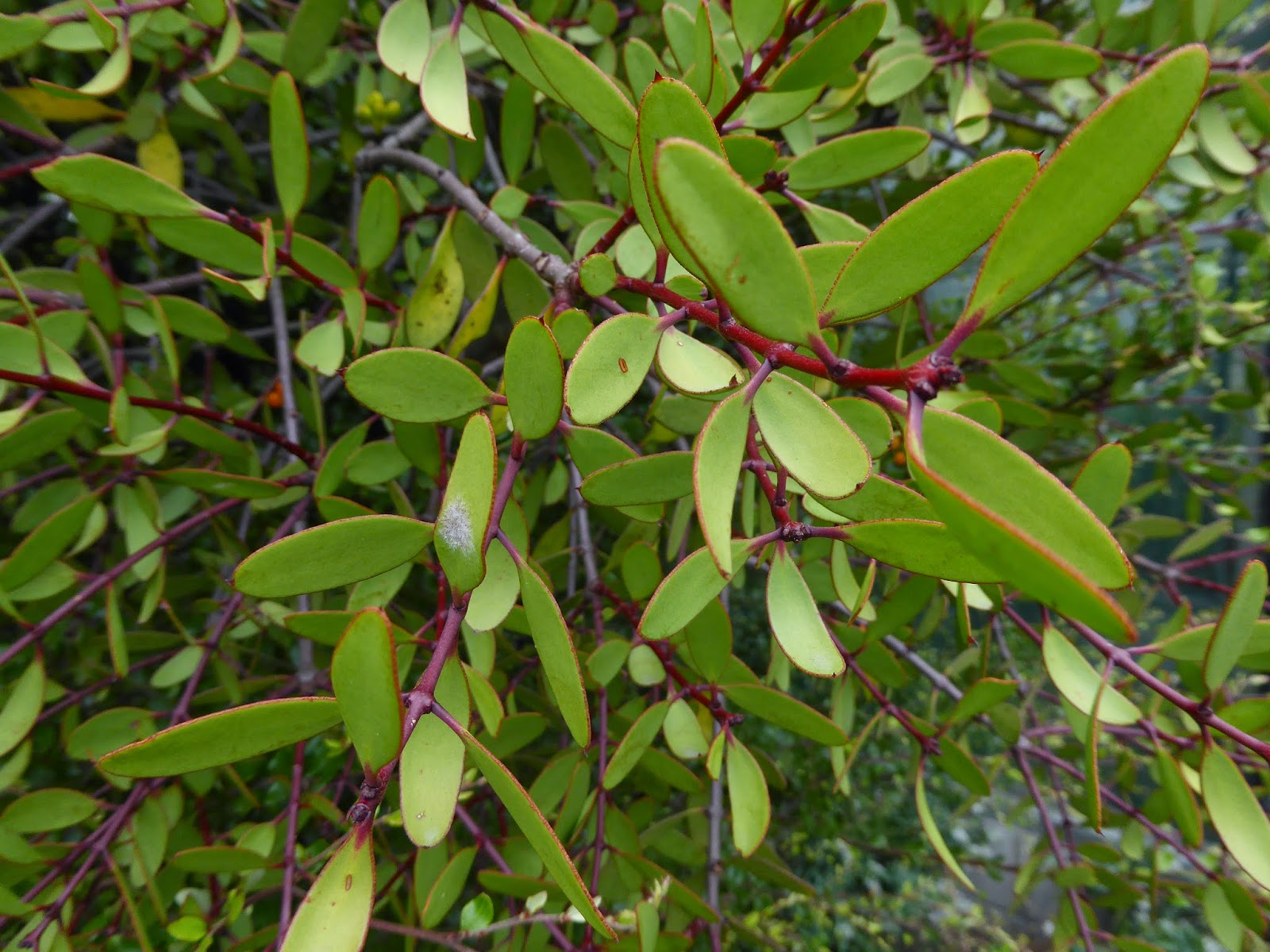 The photographs were taken, over a period of weeks, of a plant growing as a parasite on Nothofagus solandri var cliffortioides growing in the glasshouse section of Biological Sciences at the University of Canterbury.
Posted by Alan Jolliffe at Wednesday, January 28, 2015