The Cocoa tree is one of 20 species of Theobroma from the warmer parts of central America. It grows into a small tree up to 5 – 6 metres with large oblong leaves. It is a nice looking small tree which was introduced into England from Trinidad in 1739. The name Theobroma is derived from Theos meaning God and Broma meaning food in reference to Cocoa being food for the gods. 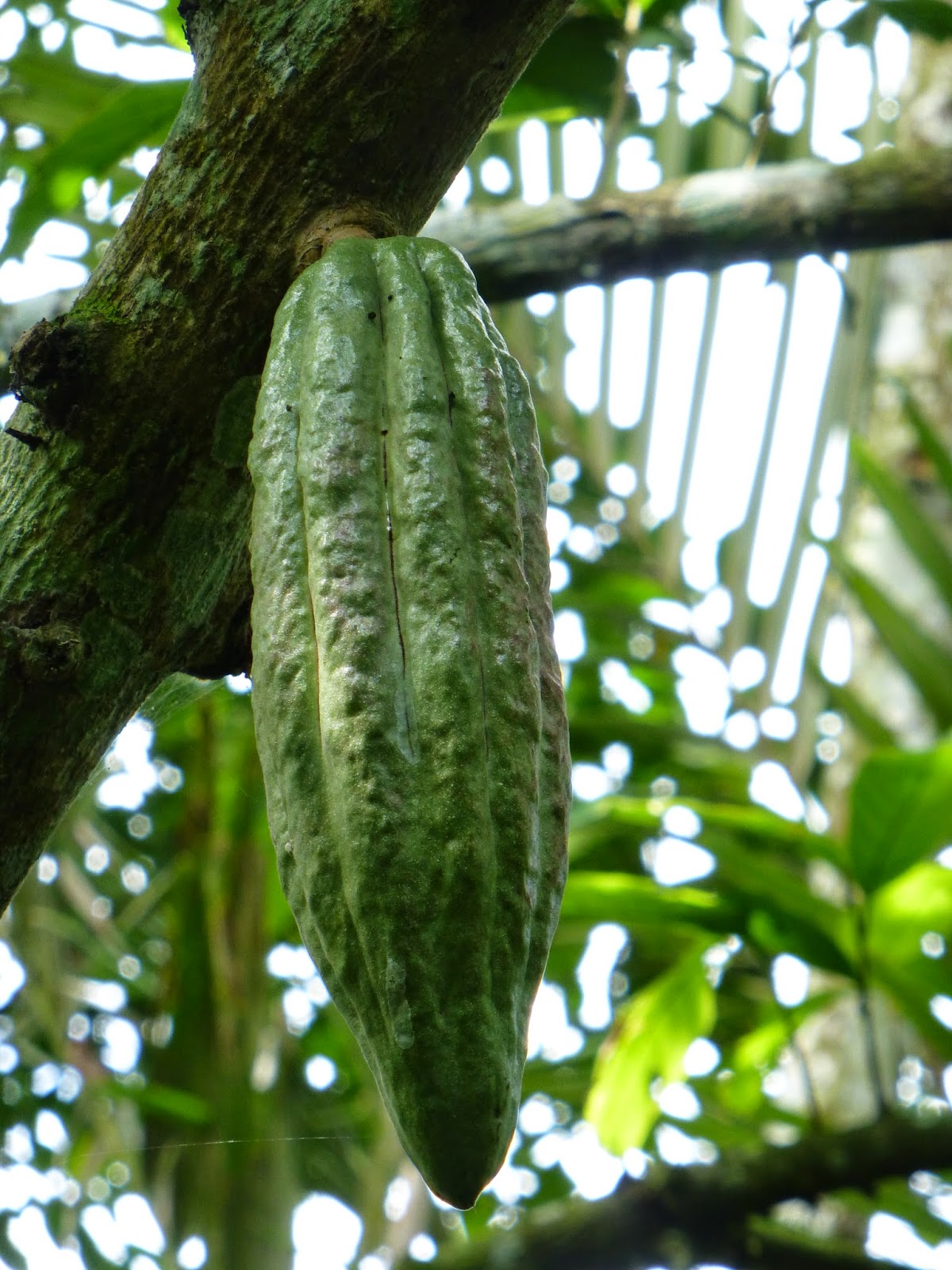 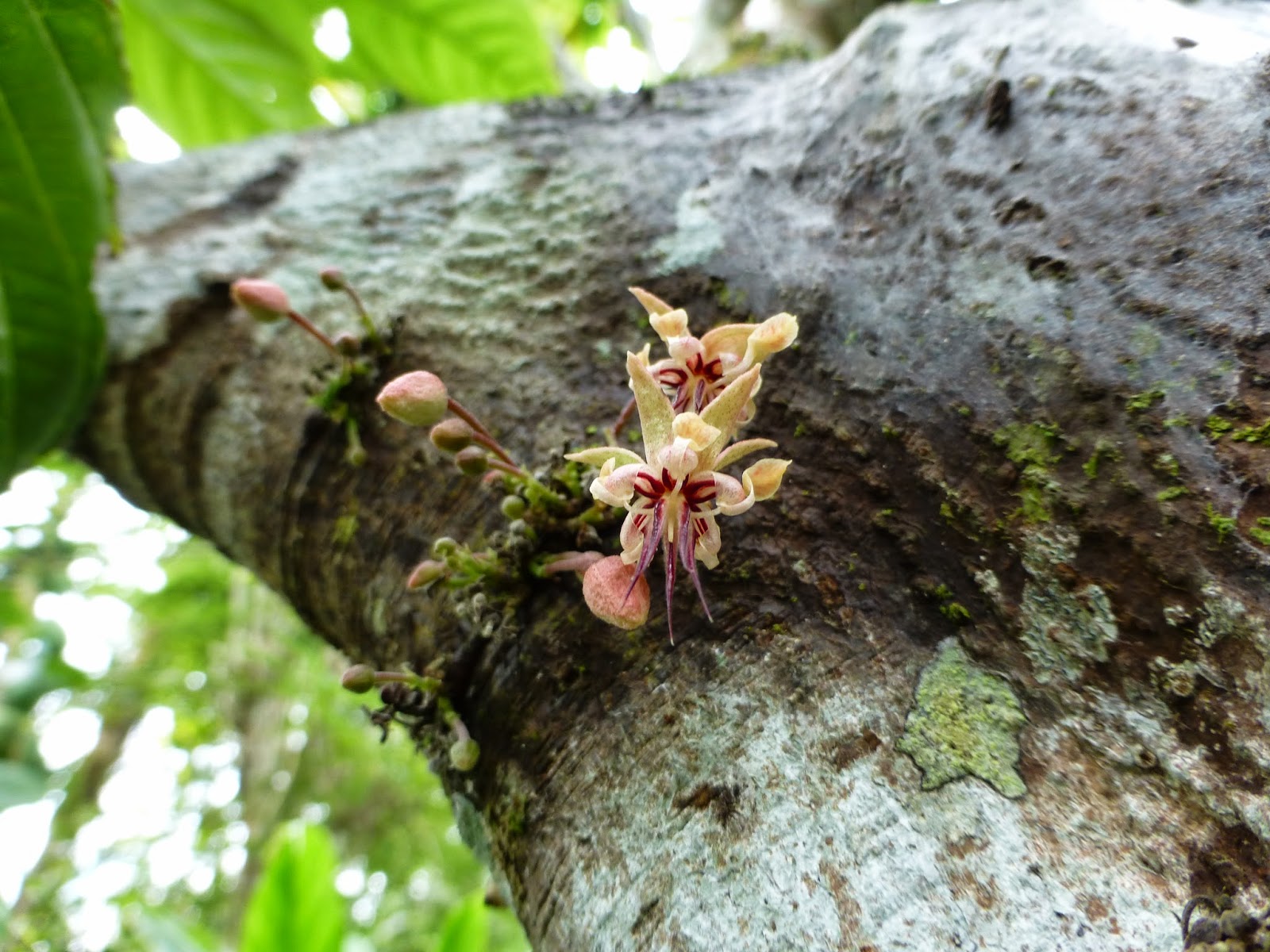 The Cocoa tree produces small flowers with a pink calyx clustered directly on the trunk and older branches. The flowers are pollinated by small flies or midges. It is not the rose coloured flowers but the fruit that is in demand world wide. The large drupaceous woody fruits or pods grow to 150mm to 300 mm long and have five oblong cells in them. Each fruit, which is brown in colour, can weigh up to 500grams when ripe and have between 20 and 60 large seeds (beans) embedded in white pulp. Each seed contains a significant amount of fat or cocoa butter (40 – 50%)

The beans yield Cocoa after a process of fermentation and roasting which is used for making chocolate and cocoa for baking and drinking.
The seeds from this plant were used as a form of currency in Aztec society (1150-1520). The Aztecs classified all of the plants in their realm and considered the seeds of the cacao tree to be extremely valuable. At times, no person in the whole Aztec kingdom was allowed to use the seeds, except the King and his closest relatives and acquaintances. This is why the botanical name for Theobroma cacao translates as ‘food of the gods’. 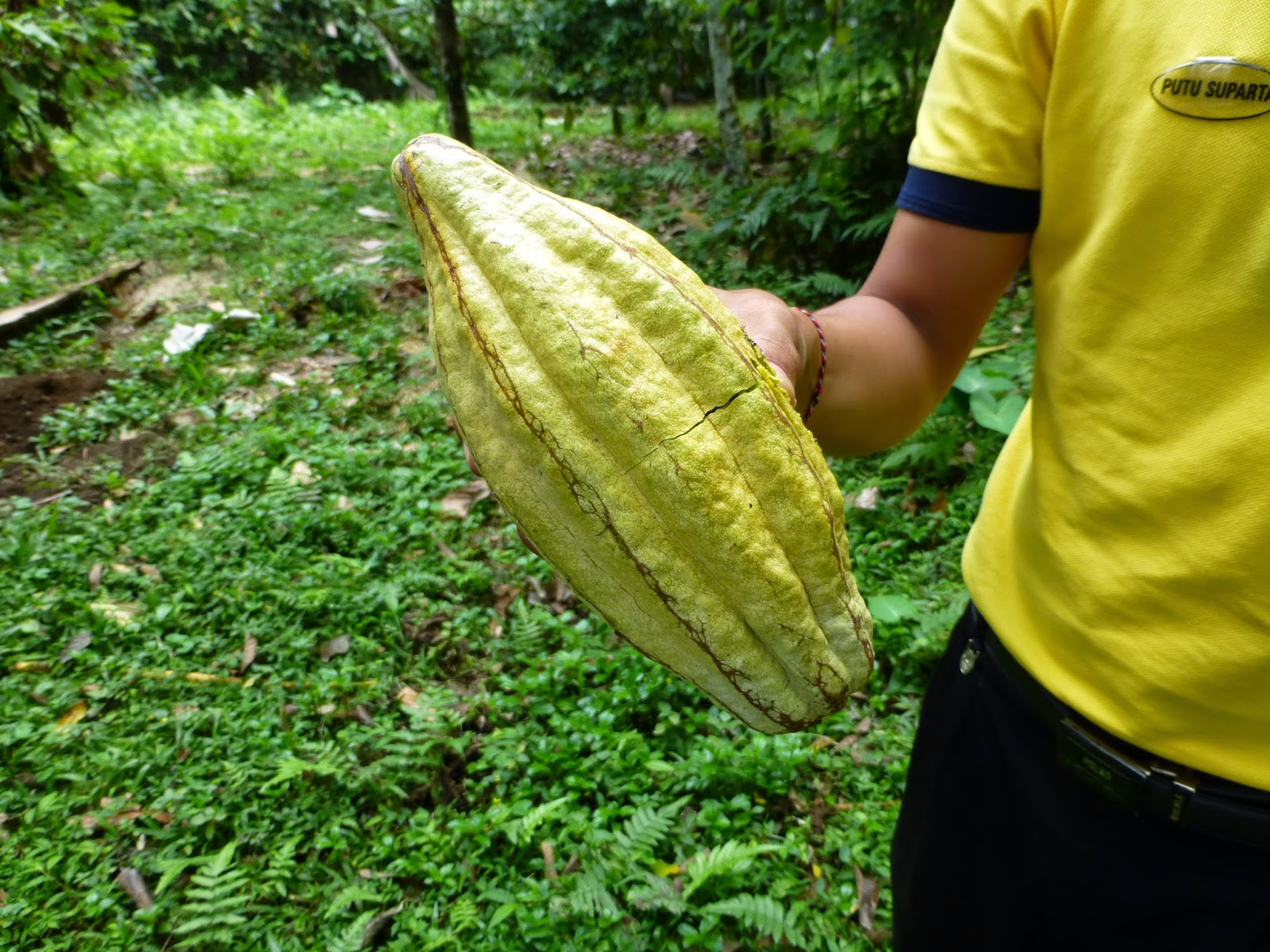 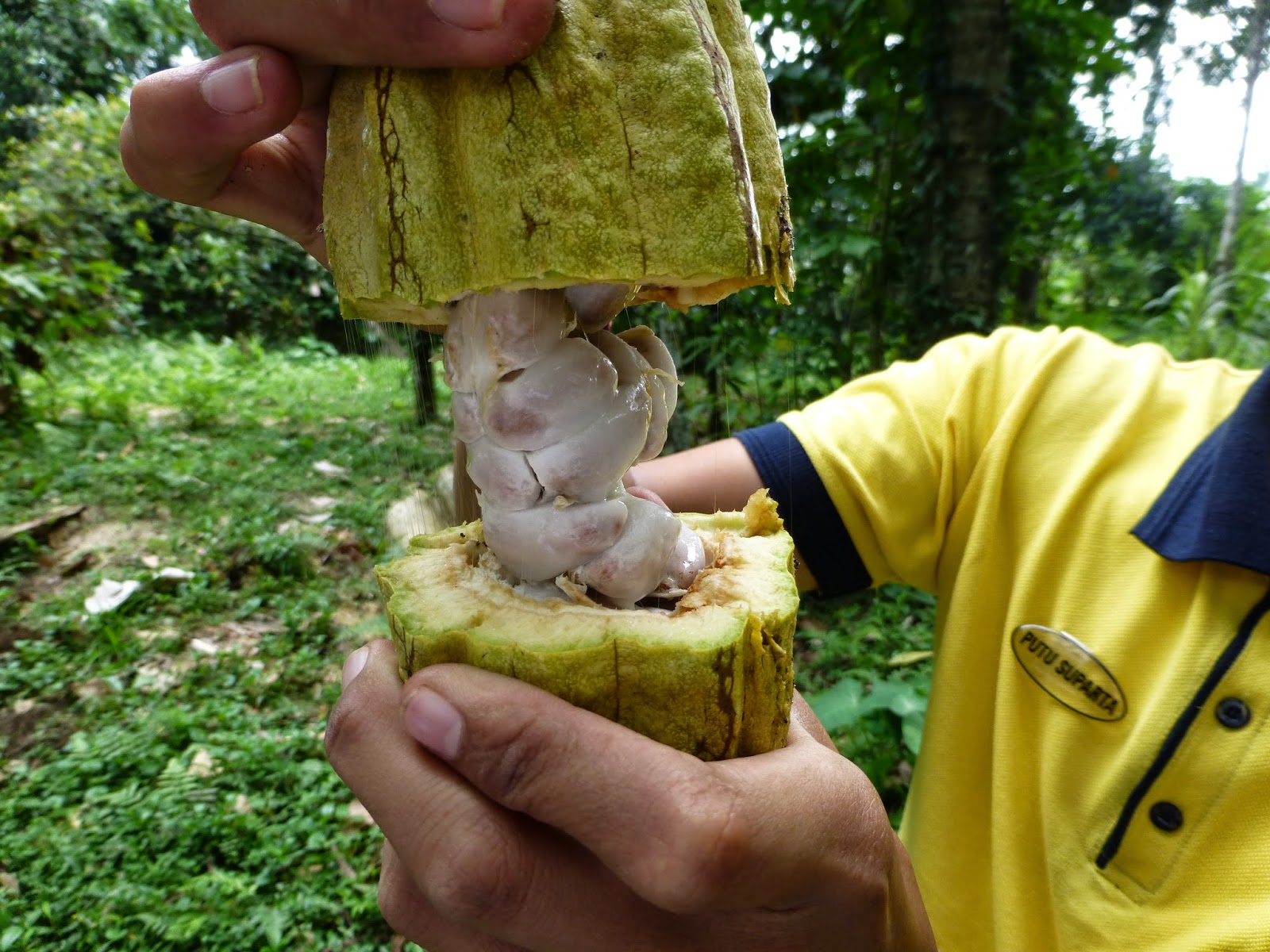 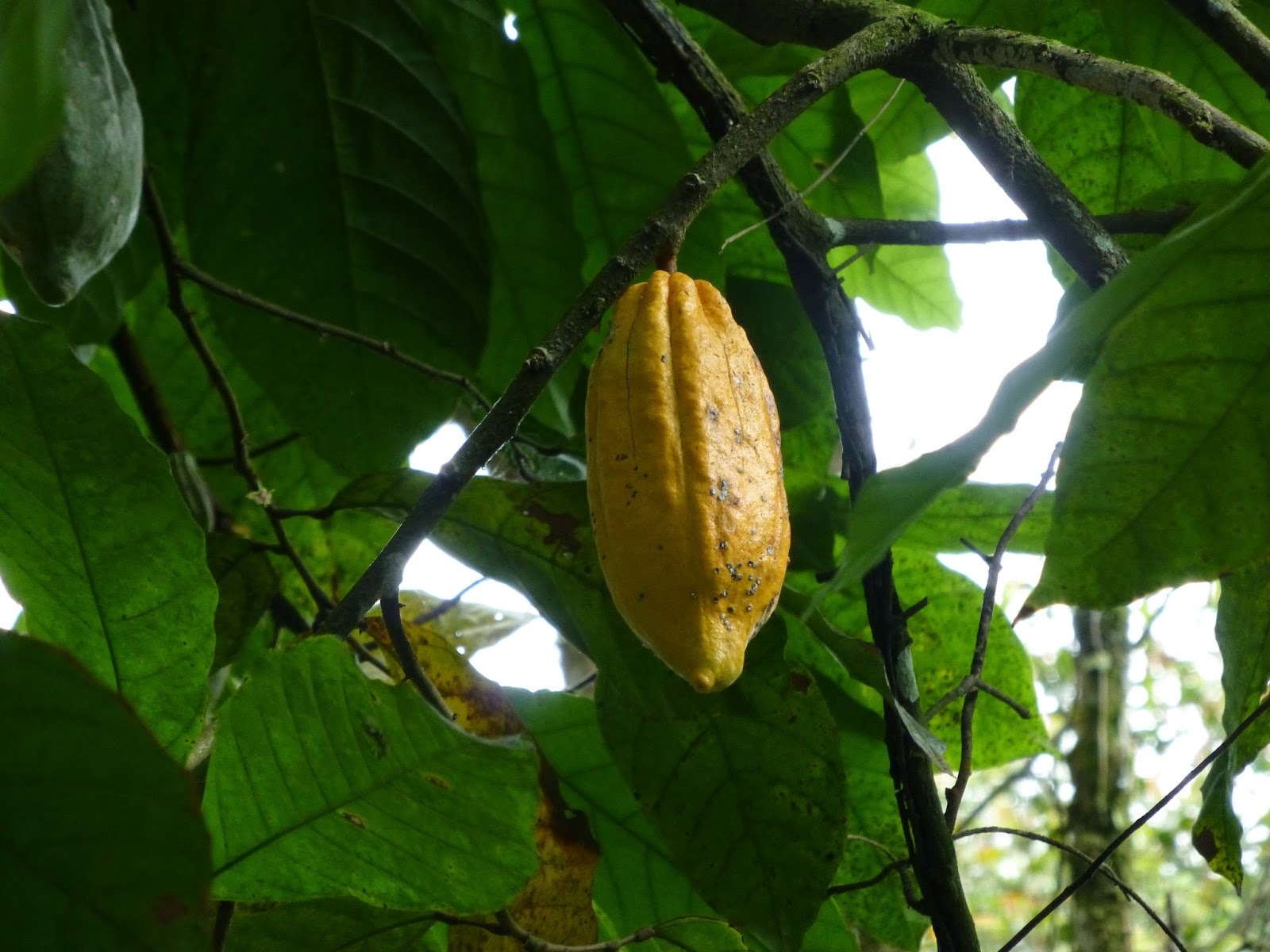 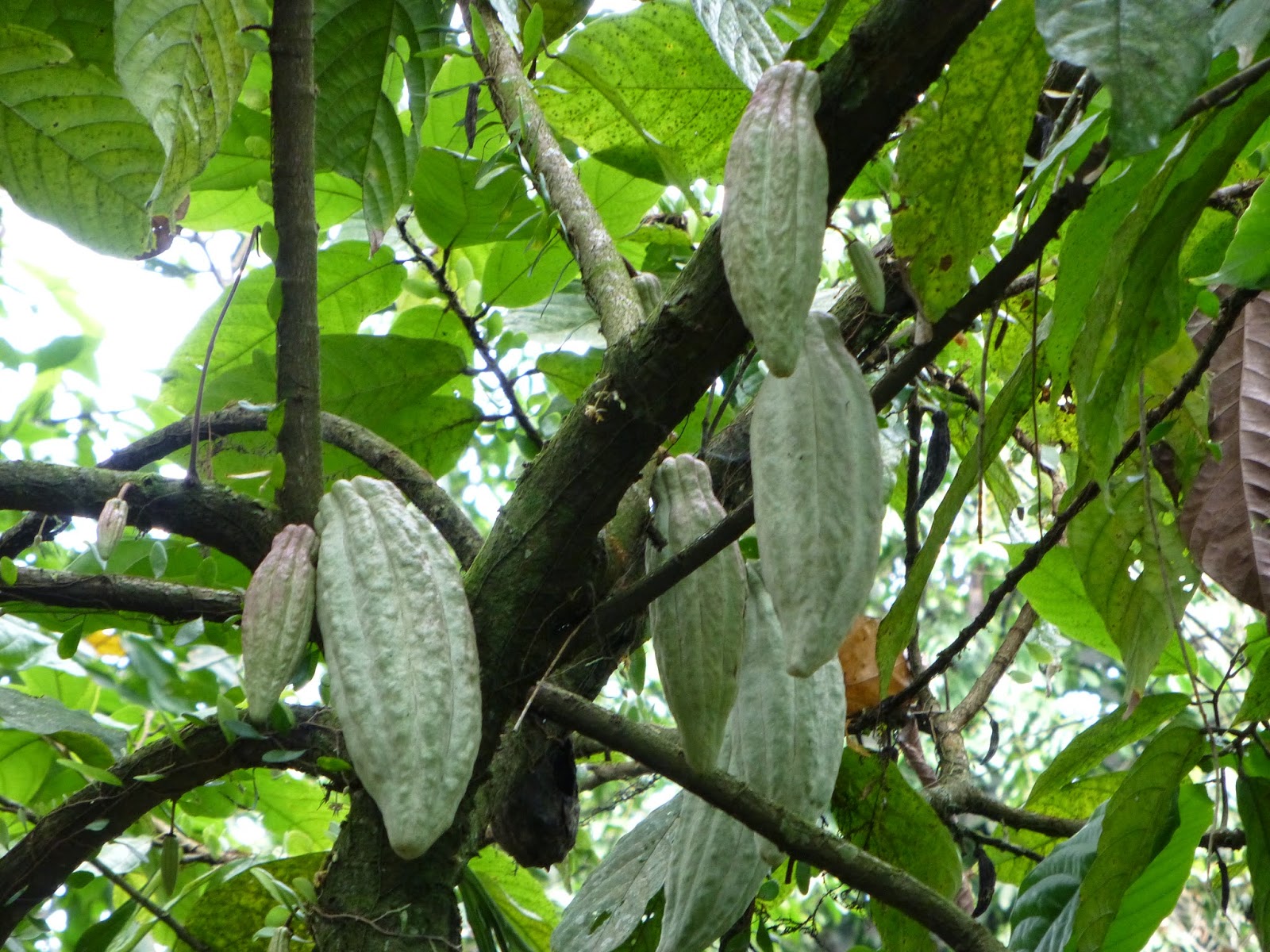 With the popularity growing for both Cocoa and Chocolate more planting than ever it is being grown for this world wide commodity. This tree is now cultivated in Brazil, Costa Rica, Guayaquil, Ecuador, Venezuela, Peru, Guatemala, Trinidad, and most of the other West India Islands as well as Africa, Ceylon, Samoa and regions with similar climates.
Reported to be antiseptic, diuretic, embolic, emmenagogue, and parasiticide, cocoa is a folk remedy for alopecia, burns, cough, dry lips, eyes, fever, listlessness, malaria, nephrosis, parturition, pregnancy, rheumatism, snakebite, and wounds and cocoa butter is even used to eliminate facial wrinkles.
The latest developments in cocoa/chocolate research include two clinical studies which indicate the flavanols found in Cocoa are beneficial to vascular health. Chocolate contains chemicals similar to those found in Red Wine, Grape Seed, and Green Tea that can aid blood circulation, reduce blood pressure, and provide other benefits.
So not only does chocolate taste nice it is also good for you. Mind you all good things in moderation please.

Throughout the years there has been great interest in the Cocoa tree and it has featured on many postage stamps.

There are some links to other articles at the end of this post. 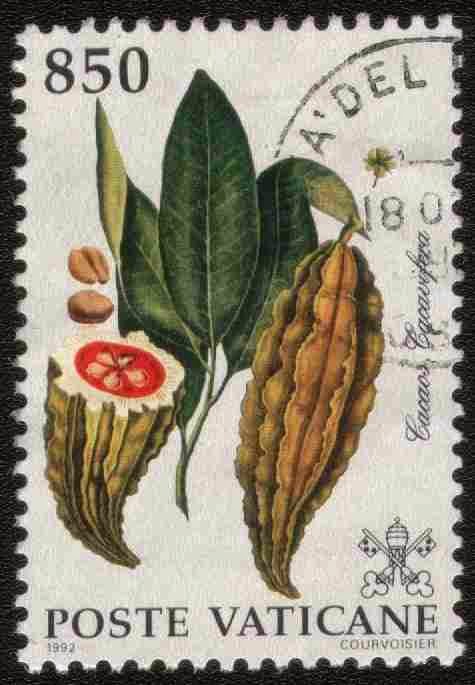 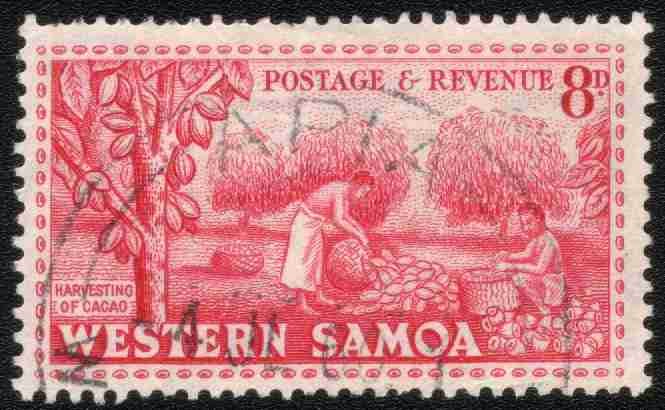 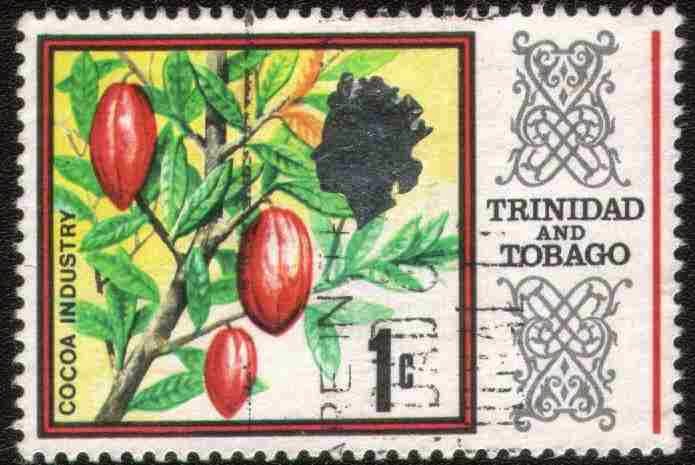 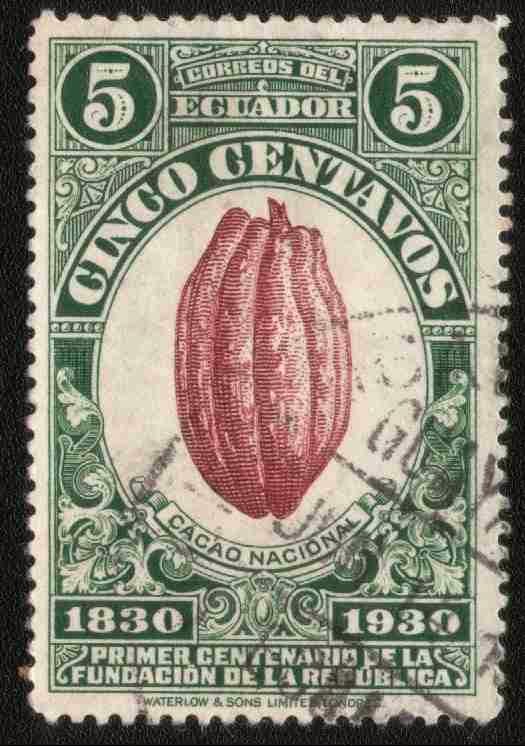 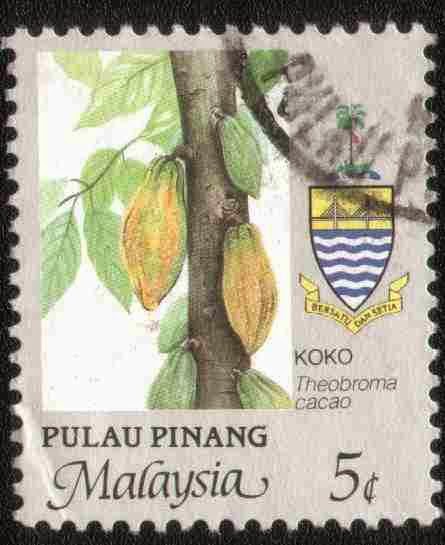 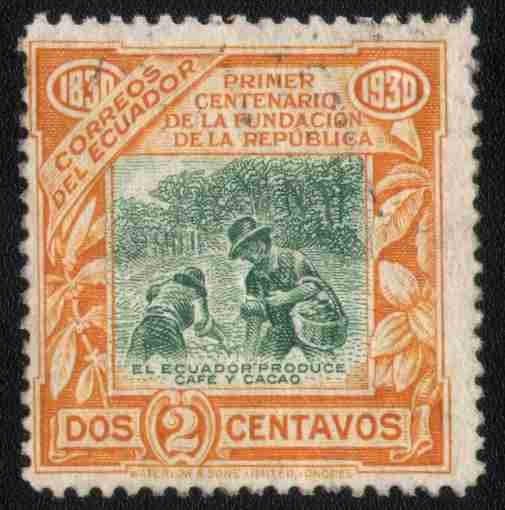 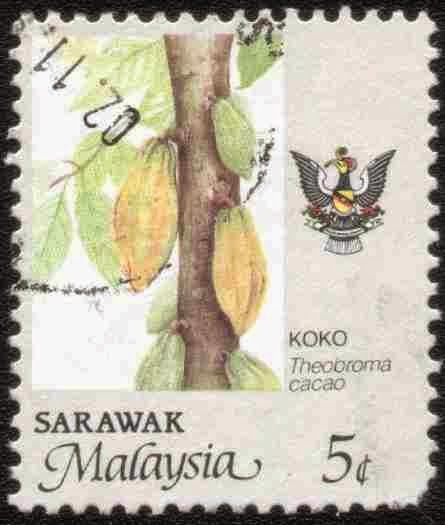 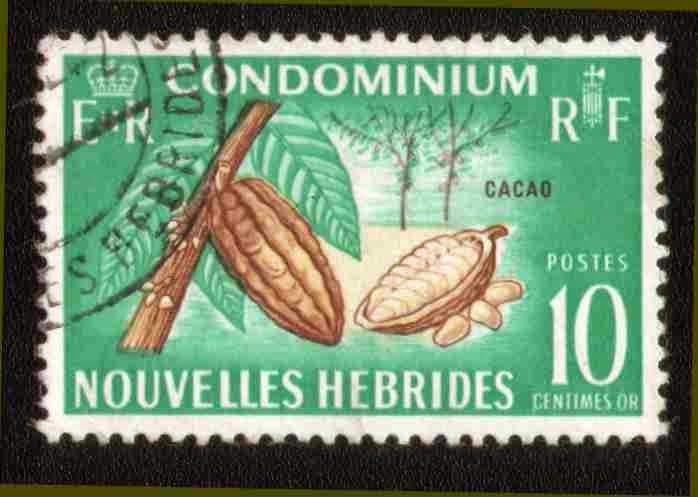 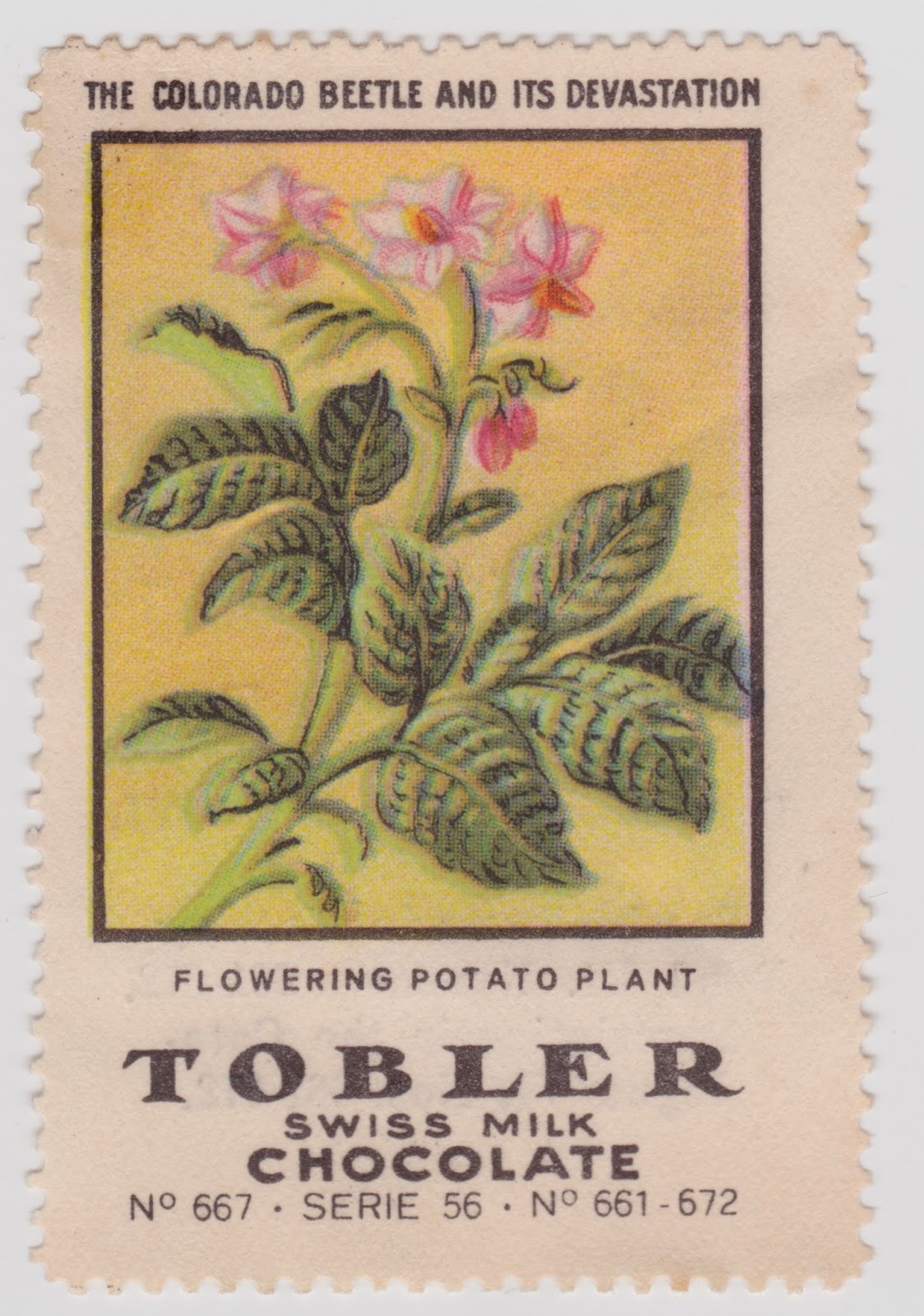