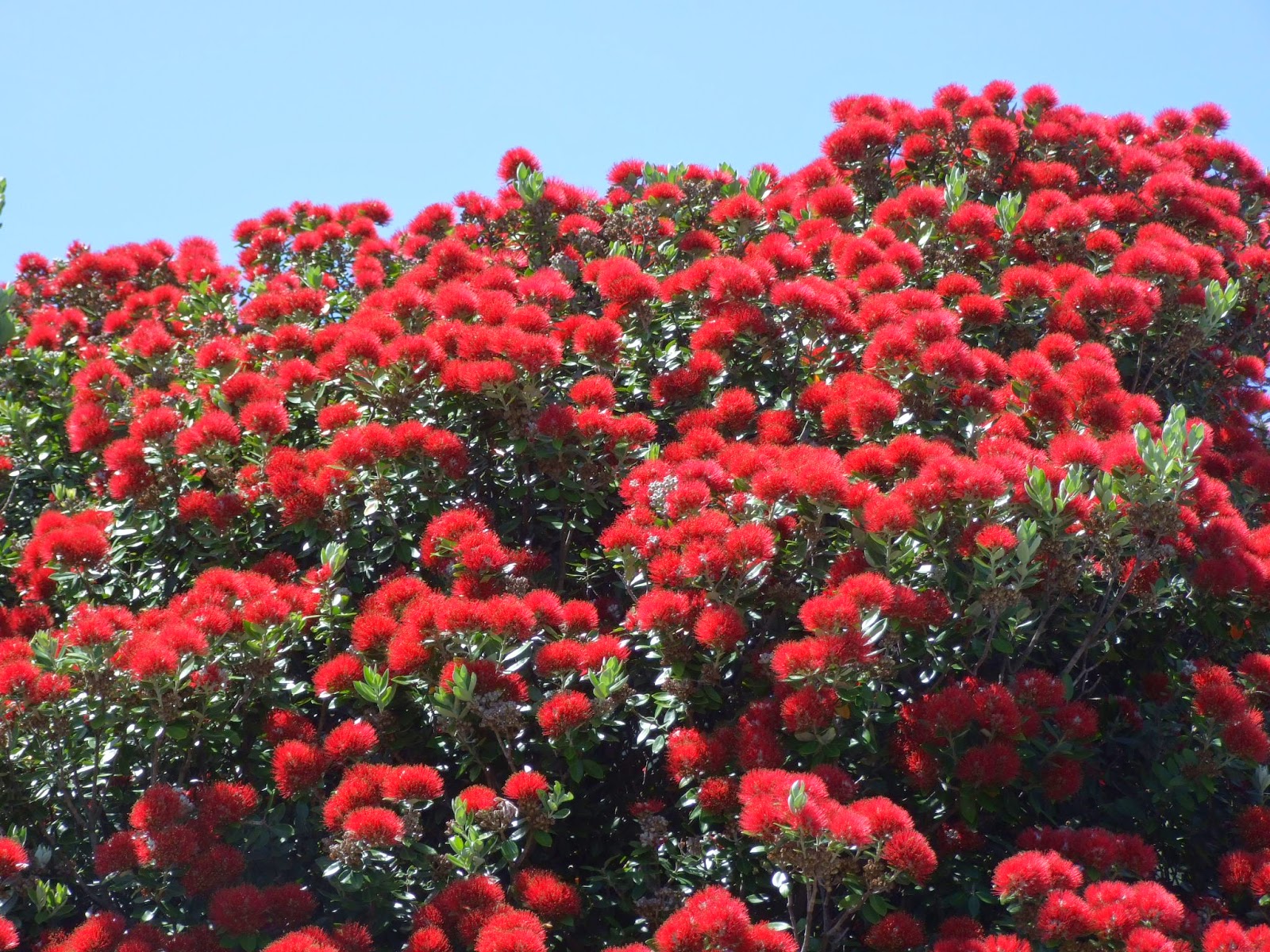 The Pohutukawa is one of New Zealand's best known trees. It has been drawn, photographed, admired, talked about and written about throughout the years. First the Maoris and in later years the Pakeha have recognised the Pohutukawa as a very important tree.
Flowering at Christmas time each year and covering itself with bright dark crimson flowers, it is no wonder it has been called New Zealand's Christmas Tree.
The flowering of the Pohutukawa has been described by many people as "perhaps the most magnificent plant in the New Zealand flora" and "one of the floral delights when at Christmas its whole broad crown is a solid mass of red flowers". Anyone who has seen a large tree in full flower must be impressed. If not impressed by the display, one must be impressed by the thousands and thousands of flowers that cover each tree.
If you are a little late seeing the tree in full flower, then you will see another spectacle. Millions of dark red stamen carpeting the ground. A sight to behold.
The flowers are not flowers in the traditional sense examine one. It is about 75mm across, comprises three smaller flowers and has no petals. Protruding from a little cup at the base are masses of bright red stamen. It is the brilliantly coloured stamen, each about 25mm long that produce all the colour. Trees have been known to flower heavily one year and lightly the next. 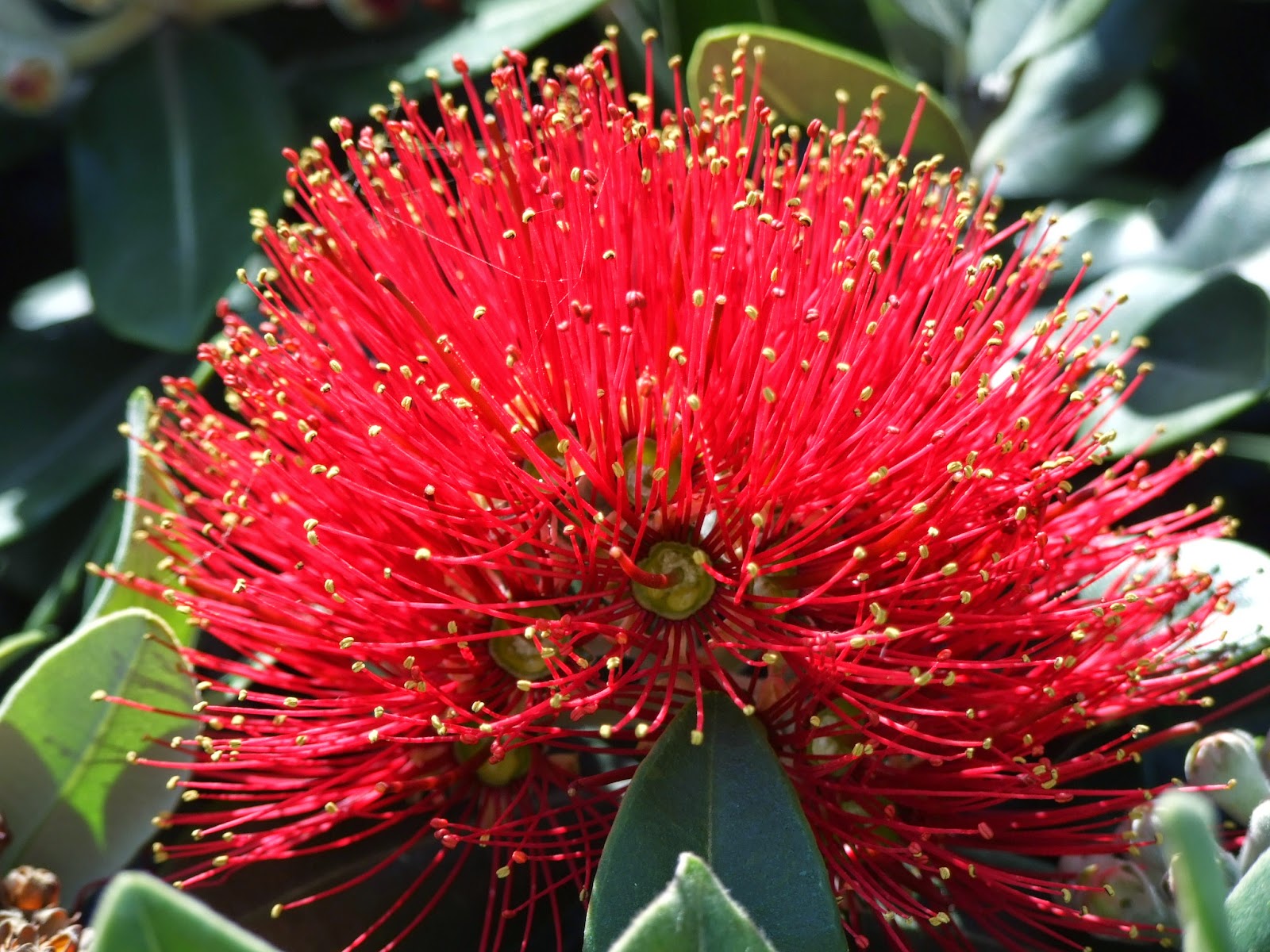