This is regarded as one of the worlds most spectacular alpine plants. It is one of 400 species of Gentian. The genus is found in many countries of the world including New Zealand. 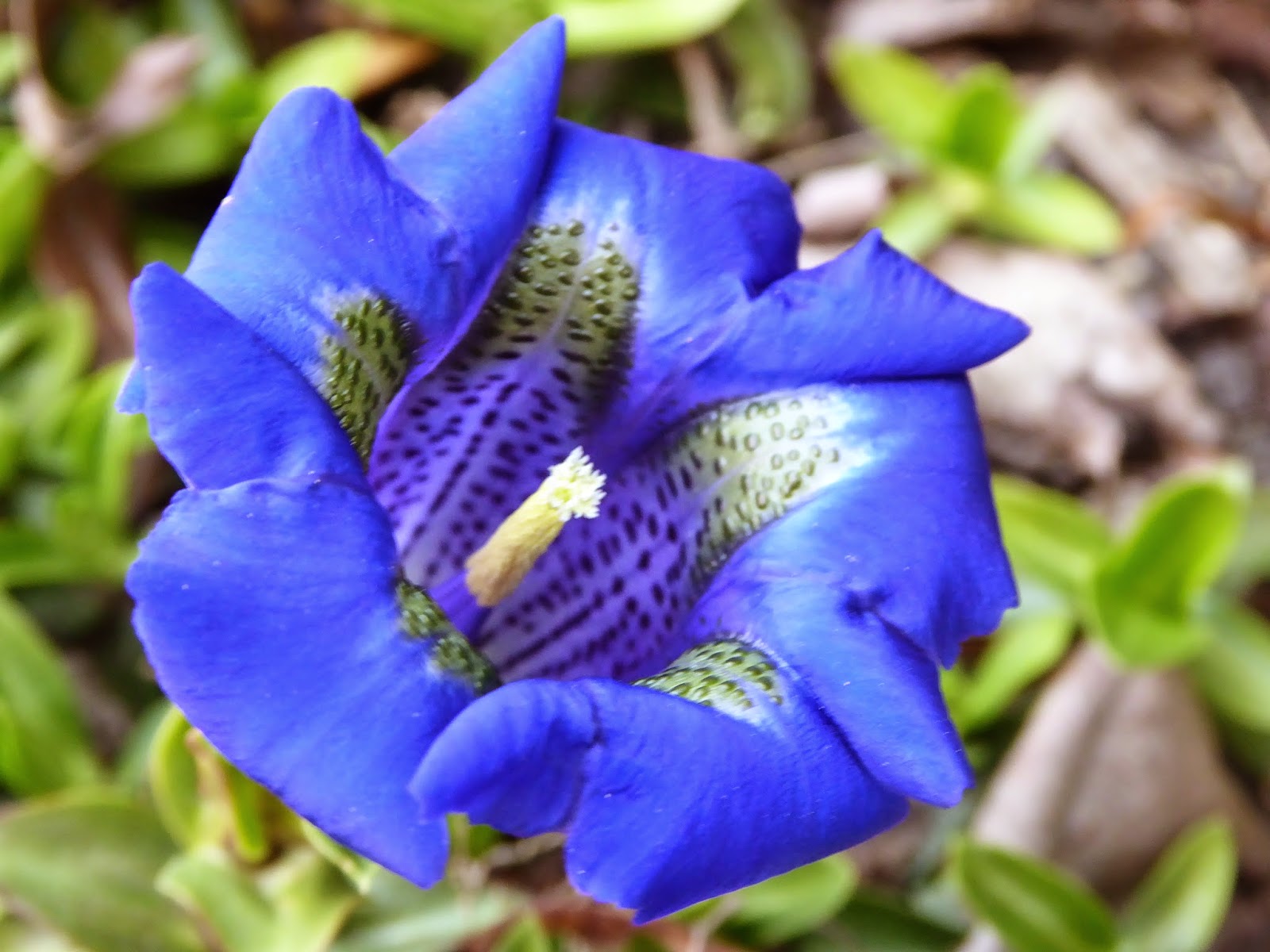 Gentian acaulis has been well known for 100's of years. Native to central and southern Europe, from Spain east to the Balkans, growing especially in mountainous regions, such as the Alps, Cevennes and Pyrenees, at heights of 800–3,000 m. Botanically Gentiana belongs to the family Gentianaceae. The Latin specific epithet acaulis means "short-stemmed

It is the best known of the gentians and in the garden can be used in a rock garden or at the front of a border. Its neat compact tufted clusters of dark green leaves makes it an attractive plant all year round. In early spring signs of large trumpet shaped flowers can be seen emerging from the foliage. These long sharp ended sausage shaped buds soon open to produce a wide mouthed trumpet shaped unusually pure intense rich blue flower of exquisite quality. The interior spotted green markings are to be seen to be believed.

It has been described as not always the easiest to grow but experience shows this not to be the case and once growing it does really well and can be long lived perennial. It forms a very low, slow-spreading carpet of pointed green leaves. It requires a rich, acidic and evenly moist soil, and has a distinct preference for cool-summer climates and often performs best in a rock garden situation, where the roots can stay cool and moist. Protect it from hot afternoon sun. This plant, like others of its genus, is valued in cultivation for the of its blooms. It has gained the Royal Horticultural Society's Award of Garden Merit.

Once you see this small perennial in bloom you will forever lust after it. Each brilliant blue bloom faces upward showing its electric blue petals with vibrant green stripes sinking into the flower’s throat.

A number of interesting forms have been selected and they include Gentiana acaulis 'Alba', 'Alpina', 'Azura', and ‘Gigantea’.
Posted by Alan Jolliffe at Saturday, November 08, 2014