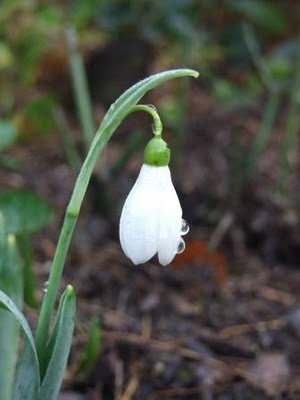 Terrible weather lately has kept many people inside this winter. Of course the weather is really bad at the weekend and sometimes quite fine during the week when we are all at work.

Galanthus are found in the wild throughout and the . There are 20 species in the genus. They have been cultivated from many years and many species and forms provide an interesting display in the garden when there is nothing else in flower. They do best in cool climates.

Galanthus byzantinus from southern is one of the best species. Its wide, long deep green leaves which set off the white, globular flowers held aloft on longer stems.

Galanthus plicatus has very large flowers with prominent green markings around the inner segments and it flowers later.