This beautiful flower does not appear every year on the Puya plant but when it does it is a major attraction and talking point.

The metallic, waxy, funnel shaped and unusually deep greenish/blue flowers and their bright orange pollen on the tips of the stamen are a wonderful sight on their long (up to 2 metres) flower spikes. They are also full of nectar for the birds. 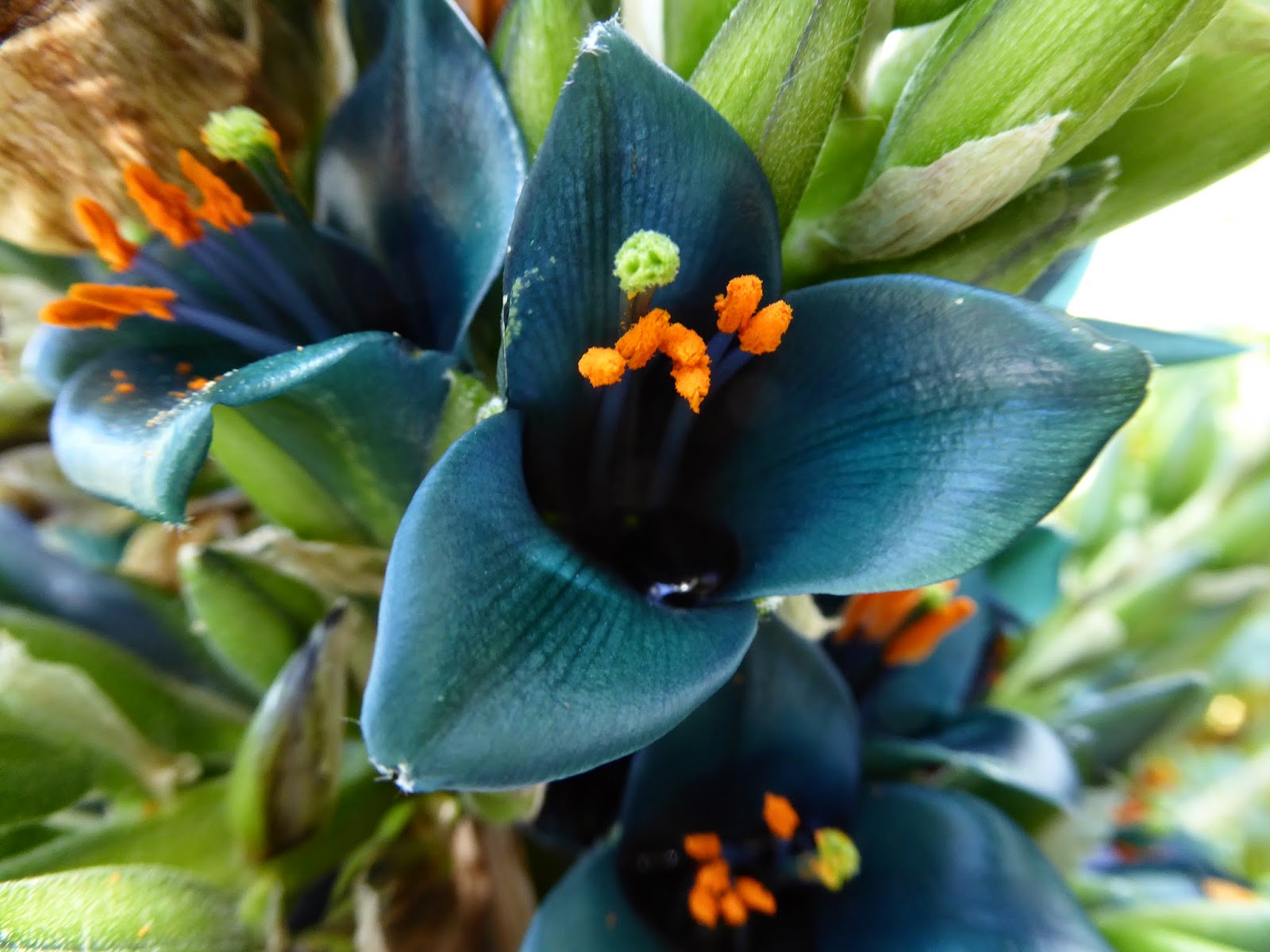 With around 185 species, (estimates vary from 165 to 200 species) Puya is one of the largest genera in the Pineapple Family, Bromeliaceae. Most Puya species are concentrated along the Andes mountain range of South America, some at altitudes up to nearly 5000 metres. Generally they are found in arid places and gravelly soil. Unlike most of the bromeliads, the species of Puya are strictly terrestrial or ground dwellers.

Puya alpestris is one of the southernmost species of Puya found naturaly  in southern and central Chile preferring a cooler climate. This plant has erect or widely spreading rosettes of linear leaves with coarse marginal spines that tend to tear rather than scratch. These spines are presumed to be a defence against browsing animals.

Puya alpestris is widely grown away from its natural habitat, including in some parks and gardens in New Zealand. 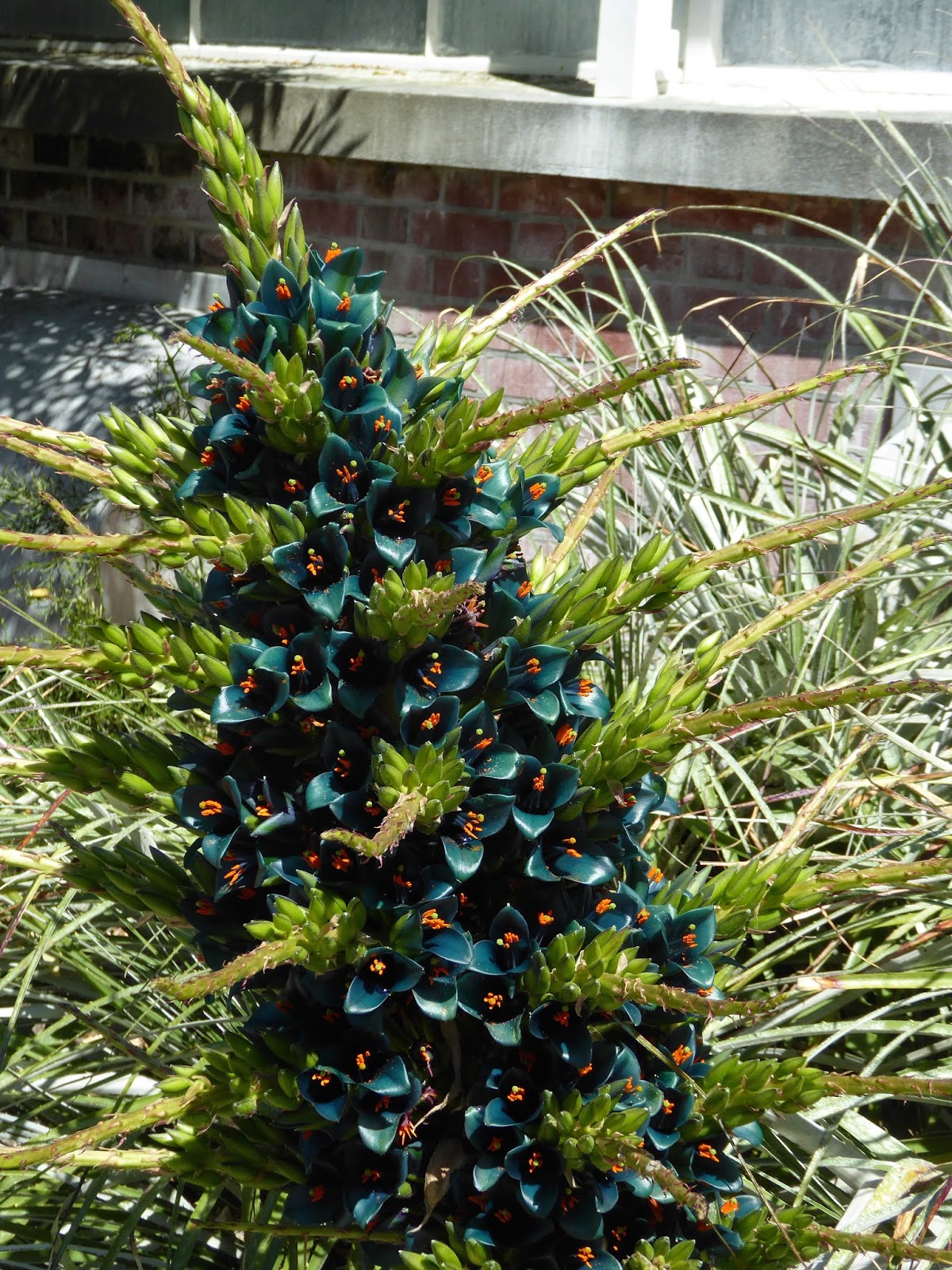 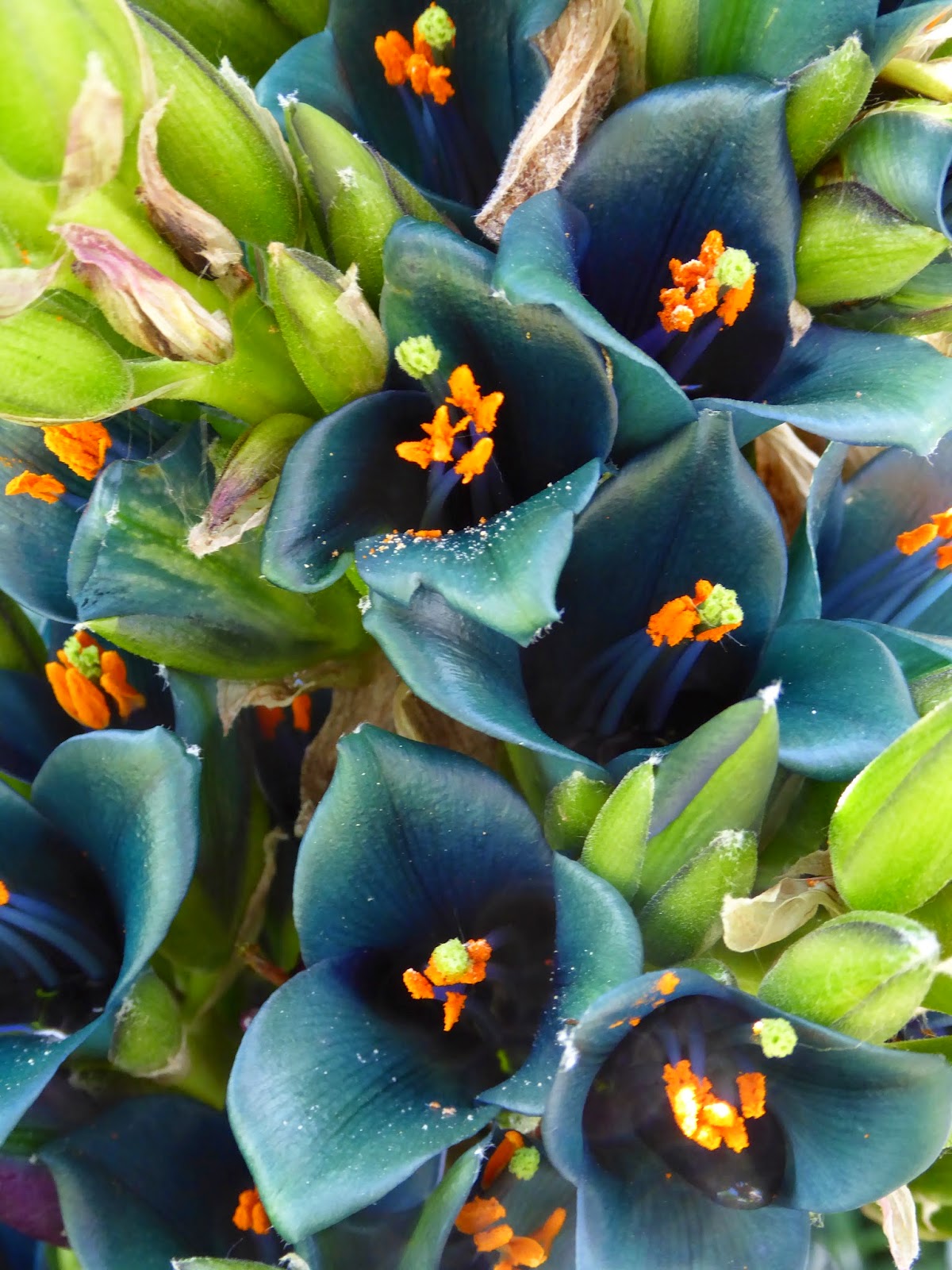