40c – Kotutuku – Fuchsia excorticata. Found throughout NZ in open forest in lower altitudes where there is a mixed range of trees, shrubs and plants. It is very distinctive with its light reddish brown coloured peeling bark falling off thick sturdy trunks and branches. The kotukutuku is the largest growing (up to 14 metres) fuchsia in the world but has one of the smallest flowers. The flowers are only 20-30 mm long and hang downward off young stems or even protrude from very old branches. They are green with purple streaks and when pollination turn dark red with age. Small dark fruits filled with seed follow. 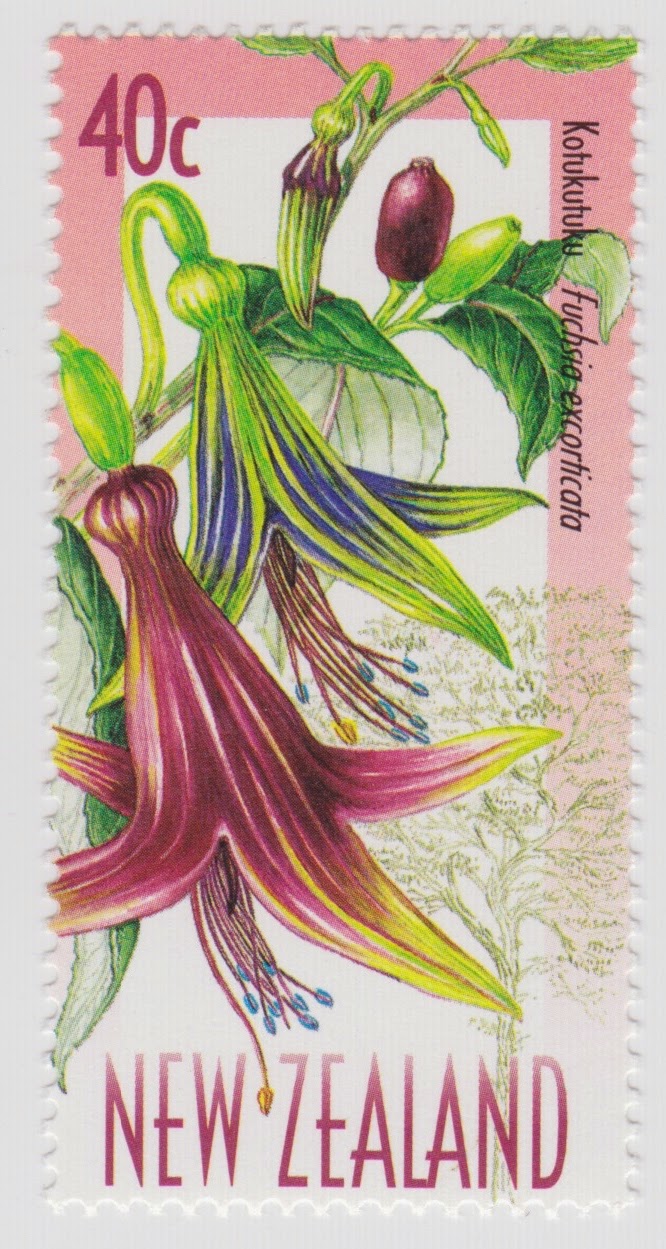 80c – Poroporo – Solanum laciniatum. This striking plant is found throughout NZ from Auckland to Dunedin. Its dark blue-purple flowers appear from September to April. In nature it grows in scrubs and lowland forest margins but will survive quite well out in the open. It is a shining, soft wooded, openly branched tree with purplish stems and leaf veins. It will reach a height of 3m. Belonging to the Solanaceae family it has a number of chemical properties. At one stage it was field trailed as a potential crop from which would be harvested a chemical to be used in a contraceptive pill. 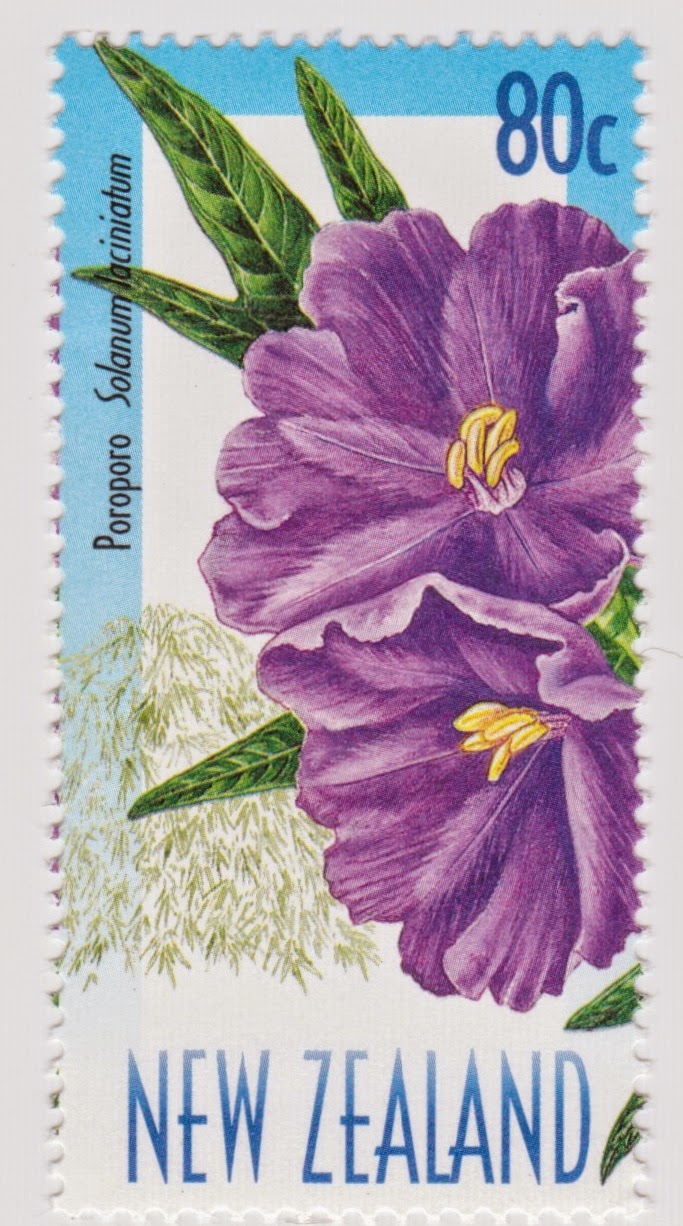 $1.00 – Kowhai – Sophora tetraptera. Correctly known as the NZ Kowhai this is traditionally regarded as NZ’s National Flower. Its golden yellow flowers can be seen up and down the country from August to November. The flowers are about 5 cm long and each one is filled with nectar, which is a favourite food of some Native birds namely, the bellbird and Tui.

It’s main native habitat is growing alongside streams and lowland forest margins from East Cape to the Rhine Ranges. It is now planted in gardens and parks up and down the country.

The South Island Kowhai (S microphylla) has smaller leaves and grows through a juvenile stage before flowering.

Both are reputed to have medicinal properties. One of NZ’s unsung heroes of the plant world and one that has been destroyed on many areas through each of knowledge and confusion with introduced broom.

The weeping broom is a distinctive leafless tree that is only found naturally in Eastern Marlborough. It is now protected within a number of reserve areas.

It differs from other brooms in that it forms a small tree and the flowers are pale lavender to lilac in colour. The darker colour coming from the intense striping on the flowers. Large clusters of flowers are produced which hang from the branches like small branches of grapes from November to January. 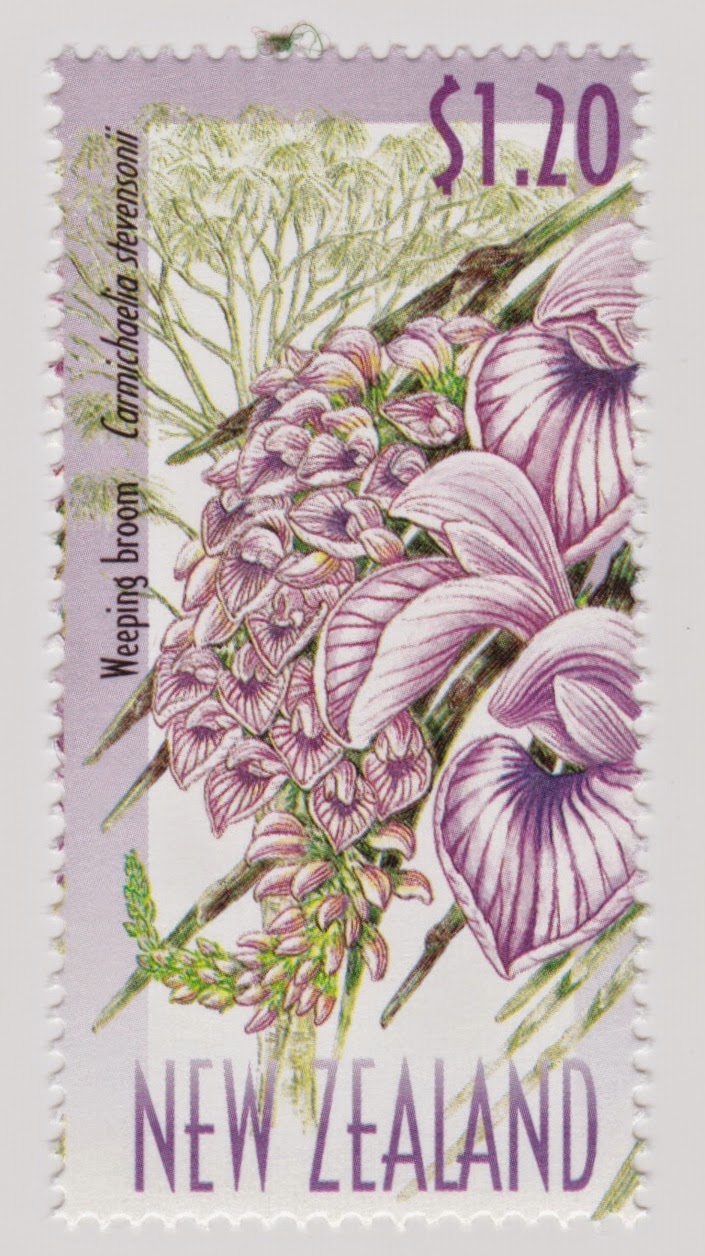 This unusual plant grows naturally along the coastal areas of Southland and Foveaux straight and on the Coastal headlands of Stewart Island. Other similar species grow in the Chatham Islands.

This tree daisy is notable for its large, solitary scented flowers head up to 5 cm across. The leaves are evenly toothed and covered with grey hairs (tomentums) on the underside. 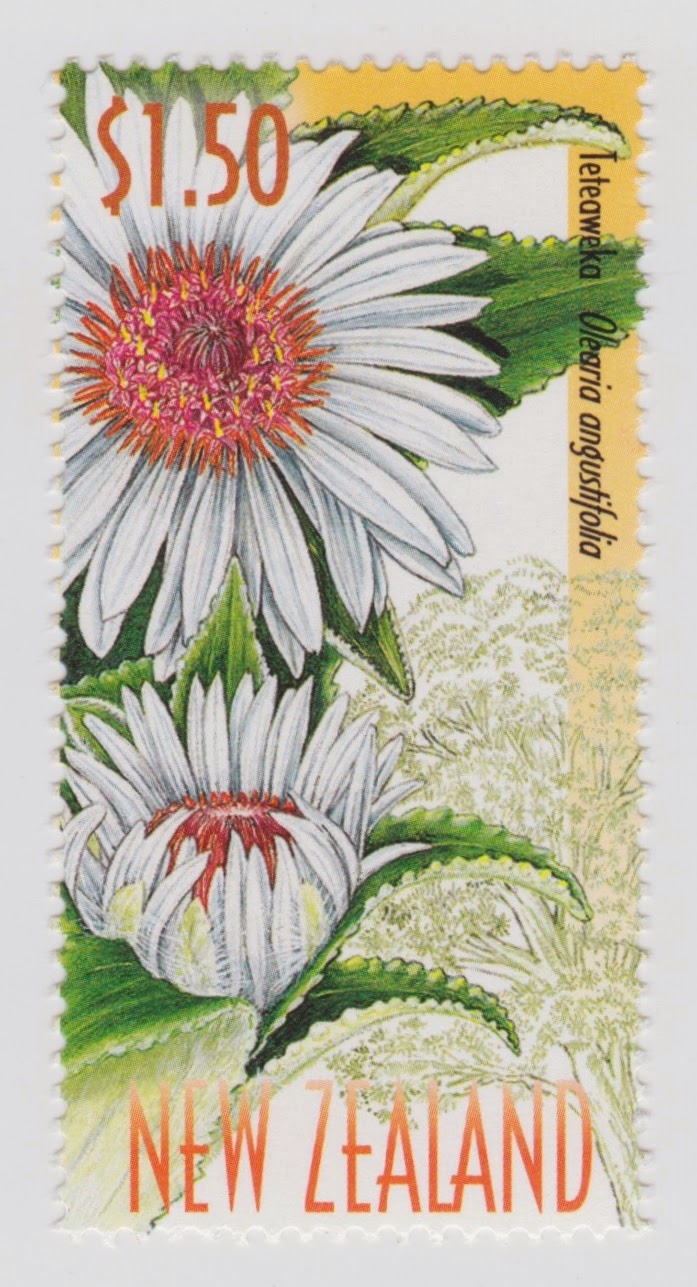 In midsummer this tree is fabulous in the wilds of the South Island. Otira Gorge in February is a beautiful sight and it’s brilliant profusion of crimson and blood red flowers is unforgettable.

Regular visitors to the Otira Gorge in February will see bands of colour slowly creeping up the Mountains as the lower level trees flower first and those growing at a higher altitude flower later.

The flower colour is brighter than Pohutakawa – its close relation and is a nicer tree for cultivation. 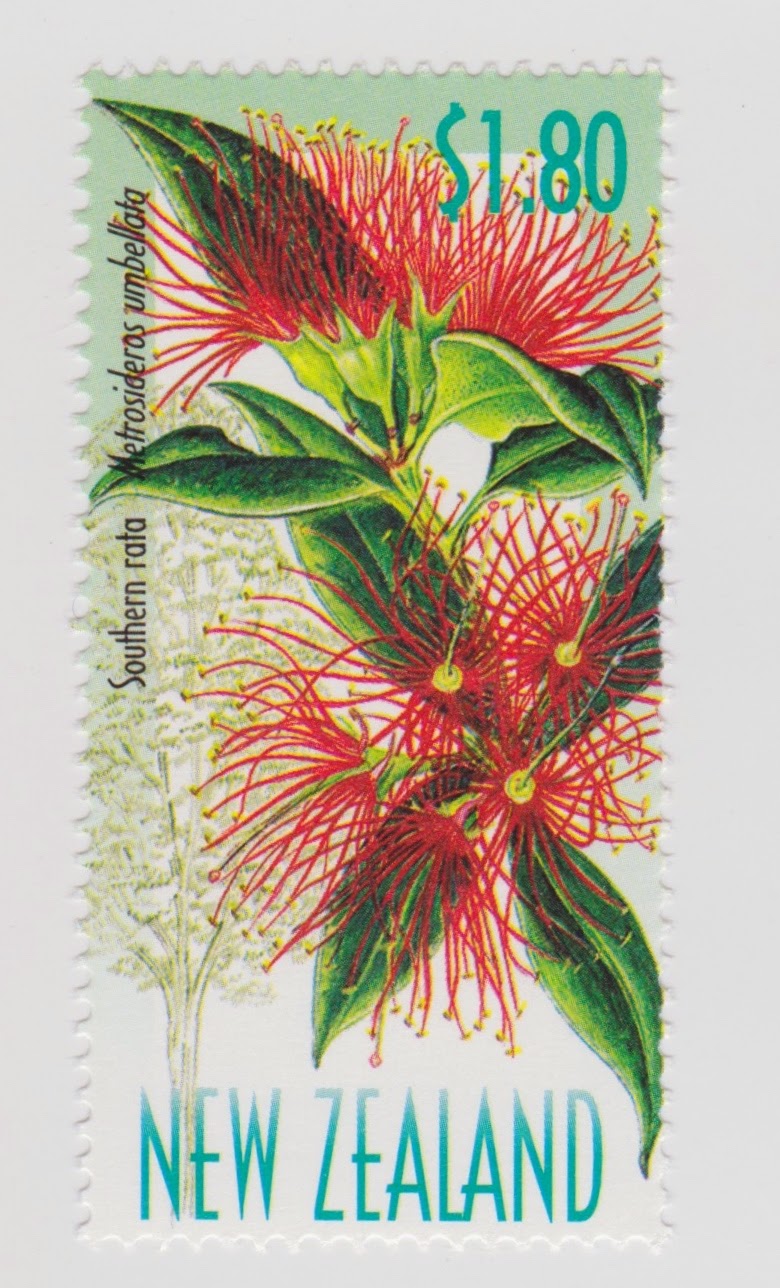 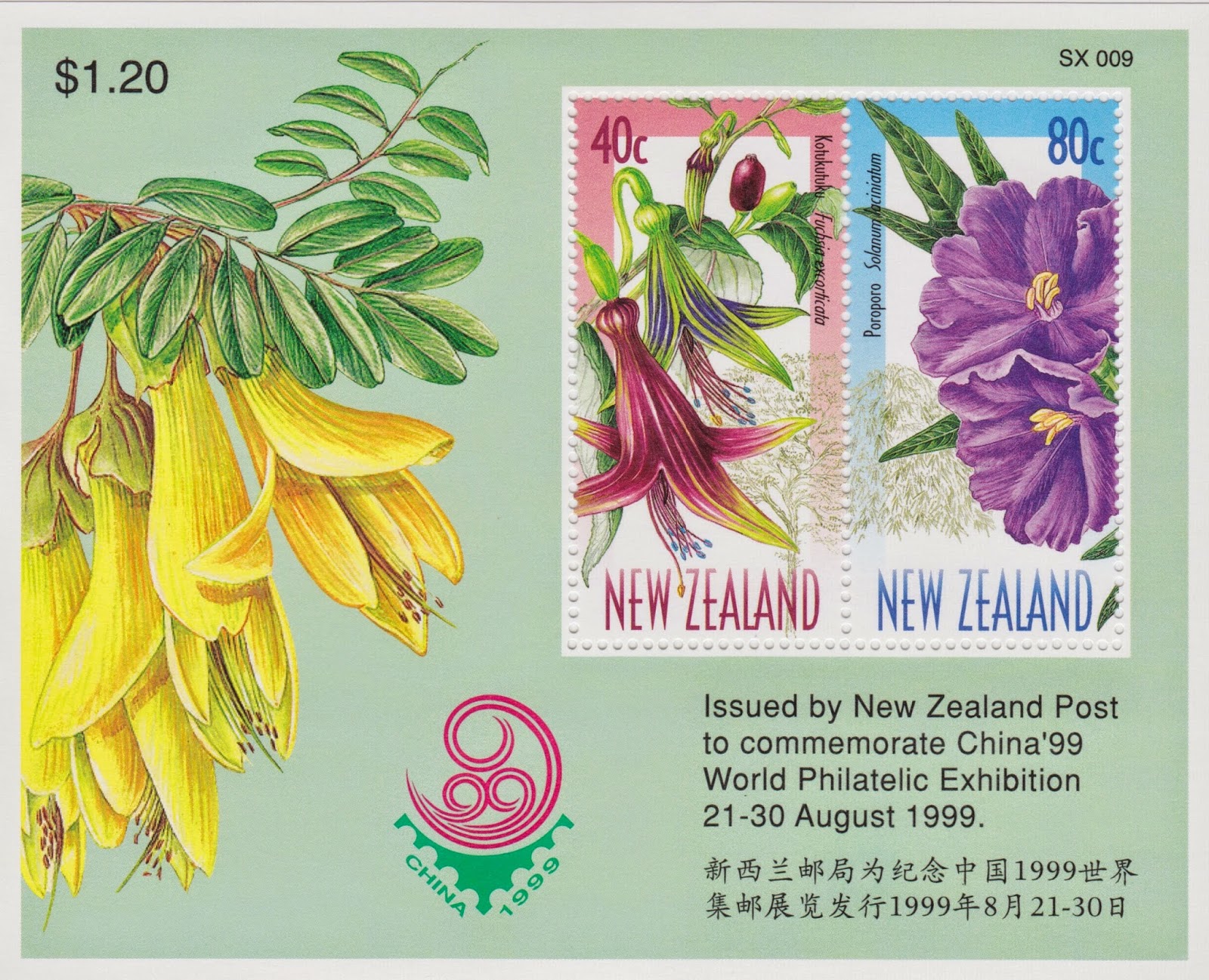