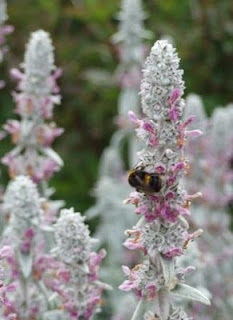 Bumblebees
Several news stories provided New Zealanders with some interesting information on Bumblebees in January 2010.
The lead story of the return of a species of bumblebee to England. Those collected from the Mackenzie Country are direct descendents of bumblebees brought to NZ over 100 years ago to pollinate red clover in the pastures of Canterbury and Otago. There were several attempts to bring live bees to NZ with early attempts being unsuccessful. It was not until 1885 that 48 bees finally arrived alive although the rest of the 282 sent with this batch died on the way. They were released at Lyttelton by the Canterbury Acclimatisation Society.
Interestingly this particular species which came from England is now extinct there.
Did you know there are over 250 species of bumblebee in the world mainly occurring in the Northern Hemisphere. Many have the well known black and yellow body hair which is characteristically soft in nature, called pile, that covers their entire body, making them appear and feel fuzzy.
Bumble bees in general are perfect for pollinating many fruit and vegetable plants grown in NZ and England. They should be care for and of course their off spring should be repatriated home. Further there are no bumblebees in Australia even though there were some early attempts to introduce them to Tasmania. Border control in Australia is on the lookout to make sure they do not establish there either.
Bumblebees live in colonies which are usually much less extensive than those of honey bees. This is due to a number of factors including: the small physical size of the nest cavity, a single female is responsible for the initial construction and reproduction that happens within the nest, and the restriction of the colony to a single season. Often, mature bumblebee nests will hold between 50 and 450 individuals. Bumblebee nests may be found within tunnels in the ground made by other animals, or in tall grasslands. Bumblebees sometimes construct a wax canopy over the top of their nest for protection and insulation. Bumblebees do not often preserve their nests through the winter, though some tropical species live in their nests for several years. In temperate species, the last generation of summer includes a number of queens which overwinter separately in protected spots.
In spring the queen emerges and finds a suitable place for a nest and sets about gathering pollen and nectar, preparing wax pots to store food in and wax cells into which eggs are laid. Larvae are fed on both pollen and nectar through various stages until the bees appear after about 5 weeks.
Bumblebees continue to visit flowers throughout the summer and growing their nest while at the same time performing the valuable function of pollinating a wide range of flowers. Late in autumn they repeat the cycle of creating a number of queen bees to start all over again.
While not native to New Zealand the bumblebee performs a valuable function in agriculture and horticulture.  Returning these bees to England will enable the British countryside to again produce a wide range of wildflowers.
For further information go to the following websites
http://en.wikipedia.org/wiki/Bumblebee
http://www.organicpathways.co.nz/business/story/129.html
http://www.bumblebee.org/
http://www.teara.govt.nz/en/wasps-and-bees/5/3
http://www.bumblebeeconservation.org.uk/Bumblebees_to_New_Zealand.pdf
Posted by Alan Jolliffe at Tuesday, February 16, 2010

How strange that NZ now has a population of a bumblebee extinct in its country of origin ... amazing story! That's a full circle story.

Hi Alan, interesting post, what a shame about the bees. I can pop a few in an envelope for you if you give me your address. (kidding)
Now why is is all the nice useful creatures become extinct and not things like those awful sand flies ye have over there.

Very interesting! I bet people in England are thankful for giving them back their bumblebees!

interesting , the more I find out about bees the more intrigued I become.